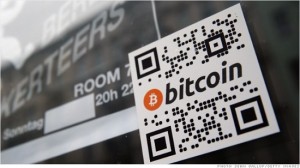 Tera Group Incorporated has created a legal framework for Bitcoin swaps, according to Bloomberg. This could actually allow investors to trade based on how Bitcoin performs against “real” currency.

In a statement, the Summit said that the terms for a multimillion dollar swap between two different American corporations is planned to border Bitcoin’s volatility over 25 days. Bitcoin swaps are generally unregulated, so the Tera Group is trying to work with the U.S Commodity Futures Trading Commission (CTFC) so that it can offer a legal framework for Bicoin swaps. The president of Terra, Leonard Nuara, said to Bloomberg,

“We as a company are trying to bring some structure and some protocol to help the Bitcoin community. It provides a tool for a natural hedge to get relief from the price changes in Bitcoin.”

In 1980s, the International Swaps & Derivatives Association created the legal document for swap transactions. This document is in fact still used today for trades that aren’t backed by the clearing houses. Tera Group is aiming to create depravities based on Bitcoin from the document.

Nuara told Bloomberg that the Tera Group is in talks with the CTFC on its Bitcoin agreement with the agency. However, the Tera Group has not yet asked the agency to choose a specific approval date. Nuara said,

“The infrastructure and regulatory protocols already exist in the conventional OTC swaps markets to support these hedging instruments. Regulatory approval is crucial to the long-term growth of the market utilizing Bitcoin.”

This is a good step in making things easier in the Bitcoin realm. Having regulated Bitcoin swaps might offer the security and surety one might need to start using the digital currency for various things.