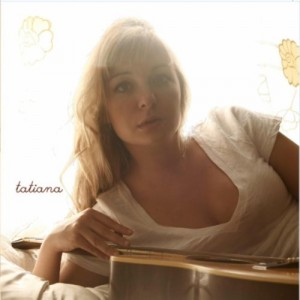 Bitcoin has inspired a gold rush of interest in decentralized technologies: ways of developing platforms that operate in a demonstrably trustworthy, decentralized and robust fashion. One such platform is called CounterParty, which implements a second protocol layer on top of the Bitcoin blockchain that allows users to implement abstract financial instruments in a trustless and decentralized fashion.

This service (along with its competitors, Mastercoin and Colorcoin) has in turn been leveraged by CoinPowers, a platform which allows artists and creative people to issue coins, backed by the Bitcoin of their backers, which can be purchased as a way of funding a project. If the project is successfully funded, the spent Bitcoins are converted into the artist’s coin, providing the artist with liquid Bitcoin, and providing the backers with the artist’s coin as a way for them to purchase rewards (often at a discounted rate). This service functions in a manner similar to Kickstarter or IndieGoGo, minus the need to trust a third party to manage the funds (a third party which would, of course, take its cut of the proceeds — 5% in the case of Kickstarter).

Singer-songwriter Tatiana Moroz has now become the first artist to run a CoinPowers campaign. She adopted the CoinPowers model out of a devout Libertarian and anti-war political stance. She was introduced to Bitcoin in 2012, and developed an interest in its political implications later on.

In her blog post on her CoinPowers campaign (called Tatiana Coin), Moroz says, “Bitcoin has the power to take money out of the war machine […] the folks in Bitcoin generally see it as a way to liberate enormous amounts of human potential.”

Moroz is seeking at least $50,000 to fund her next album and associated tour. The campaign launched June 3, and will run until July 1.

How do top Altcoins compare to Bitcoin?