Data and analytics firm GlobalData said in a press release it sent to CoinReport that South Korea has become one of the world’s leading blockchain / distributed ledger technology (DLT) markets. Several organizations, including messaging apps Telegram and Line and telecom operator Korea Telecom (KT), are working in South Korea to utilize DLT to save on expenditures and generate new income streams.

In South Korea, said GlobalData, KT is leading with plans to introduce a DLT-powered data roaming service in May 2018. The carrier is uniting with worldwide network operators including Japan’s SoftBank and America’s Sprint. Later, KT aims to utilize DLT to power healthcare, finance smart energy and IoT companies.

GlobalData principal technology analyst Lynnette Luna said in the release we received, “KT’s adoption of blockchain is likely to have a significant impact on the South Korean market as it dominates the local landline and broadband Internet market. KT sees revenue arising from enabling secure and efficient exchange of data among people and businesses and allowing people to control their own data. This is particularly attractive at a time when users are increasingly unhappy with how companies like Google control and exploit their information.” 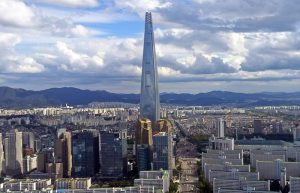 Line will introduce a DLT subsidiary called “Unblock” in South Korea to research DLT and see how it can be implemented into several of the company’s platforms. Line will also strategically invest in several DLT projects outside of its own platform.

Luna further said, “Besides the US, Japan and South Korea are two of the most popular markets for cryptocurrency and blockchain. But, the market is still very young, and it’s unclear what Line’s foray into blockchain will look like.”

Telegram, on the other hand, has received a total of $1.7 billion in funding to develop its own DLT architecture called Telegram Open Network (TON), host its currency Grams and compete with Visa and Mastercard.

Telegram maintains that an engaged user base, ease of use and scalability will be its strong points, unlike bitcoin and other currencies, which fail at these in their pursuit to go mainstream.

Luna added: “Telegram should consider a cryptocurrency strategy similar to rival Kik, which is starting smaller by targeting its own user base. Telegram needs to establish a firm foothold within its own ecosystem before venturing outside of it. In the case of telecom providers, they need to move forward with trial services on the public blockchain or risk being blindsided by a host of startups pushing the envelope on innovative services and compensation strategies.”

GlobalData logo – Via the press release