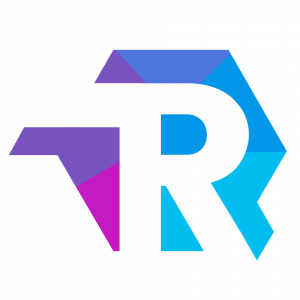 The fund, which includes investments from private investors, will reportedly be used for the growth of the team and the advancement of the platform’s development.

Review Network amassed 100,000 beta users in just five days. The company says it benefits from a team that has deep experience in financing, academia and technology.

The firm’s initial coin offering will be held on September 1st.

Review Network co-founder and CEO Filip Karaicic said in the press release we received, “Worldwide, consumers often form opinions and make decisions — like where to eat, sleep, drink, play and even work — based on online reviews.”

He added, “However, as it stands today, there are two major problems with the review industry – efficacy and transparency. Reports and data have proven people are more inclined to leave reviews when there is a negative experience, which means there is not an accurate representation of all experiences; and that many reviews are often fake. However, thanks to distributed ledger and AI [artificial intelligence] technologies, we have figured out a way to incentivize reviews – positive and negative – and ensure their accuracy. We also figured out a way to allow brands to tap into our validated reviewer base for market research. This funding, which we’re thrilled to announce, validates our approach and will help us develop this event even faster.”

Review Network’s platform aims to enhance the transparency and efficacy in two fundamental manners. First, its token economics system offers financial incentives to the contributors who participate in a manner that benefits the community as a whole and penalizes those who don’t. Second, it has a decentralized community consensus system in which the community regulates itself. For example, when a user writes a review, it is then authenticated by selected community members (either at random, by reputation, by blind auction or even based on the size of their stake in the system).

The platform will also enable firms to directly get in touch with people providing reviews for thorough market research. The company will be launching its platform, which will work across all industries (hotels, restaurants, etc.), in beta in the fourth quarter of the current year. At the time, it will be available to its 25,000 beta users, who signed up in less than three days.

The company has over 30 staffers and advisors, including Ivan Bjelajac, a former director at GoDaddy (EU), Reinhard Fellmann, Ph.D., a former investment banker at Morgan Stanley and lecturer at The London School of Economics and Political Science; and Robert Golladay, former head of IBM’s digital business automation business in Europe.

Currently, the company is in presale, and says it is in talks with Kraken, OKEx, Cryptopia, Huobi, Bitfinex, Poloniex, Bittrex, Bibox, hitBTC and Bcex to be listed on the exchanges.