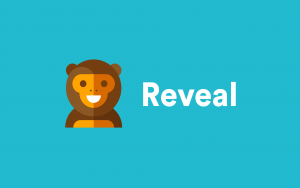 The Reveal network encourages users to pose questions and have members respond with short, often-quirky video posts. Founding members who join Reveal within the first year will be awarded 1,000 Reveal Coins, a proprietary currency denoted as RVL, said the Wall Street Journal. These users will also earn 10,000 RVL for every friend who joins using a special referral code and another 100 RVL for every “like” their posts garner.

According to Reveal’s website, RVL is built into the network and backed by the company’s future advertising revenue. The coin is distributed on the Stellar network and the company gives every user a free wallet to hold their Reveal Coin. As reported by the Wall Street Journal, an advertiser that wants to place an ad with Reveal can only do so by first amassing RVL, including from users. Advertisers will pay for RVL in dollars on an exchange that will be set up on the application.

The Wall Street Journal reported that Reveal’s executives will keep a minimum of 75 percent of coins for themselves. But, using Instagram’s valuation as an example, co-founder and CEO Matt Ivester said that still suggests there is a big profit opportunity for members if the advertisement dollars come in. Ivester said that a limited supply of RVL will be produced and advertisers will “burn” their coins when they purchase ads, effectively removing them from circulation in a way that restricts supply and increase the value of remaining RVL.

If Instagram had pursued this model, said Ivester, his team estimates that each coin would now be worth between $1.60 and $2.00.

Unlike Bitcoin, Reveal Coin is not decentralized, which the Wall Street Journal suggested would raise concerns about cryptocurrency purists about transparency and control. The newspaper wondered, what’s to stop Reveal’s creators from manipulating the issuance to their benefit? To that, co-founder and CTO Josh Beal replied, “In the same way that bitcoin mining pools have a vested interest in avoiding a 51% attack, we have a vested interest in making Reveal Coin a secure and fair system, since it increases the value of the network for both us and our users.”