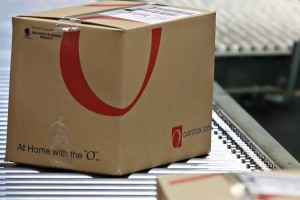 One popular criticism of the recent spate of companies accepting Bitcoin is that, in addition to not contributing in a sustainable way to the buying power of cryptocurrencies, these companies are also not making the choice for any kind of coherent business reason. Instead, they’re simply using Bitcoin support as a kind of advertising, trying to take advantage of the publicity that comes with Bitcoin support, the so-called “Bitcoin Bump.”

This may well be true of at least some of the companies embracing cryptocurrencies, but it’s increasingly becoming clear that the decision does have measurable impacts on income. Earlier this week, Overstock.com released new information about the success of their acceptance of Bitcoin. Overstock CEO Patrick Byrne is a vocal advocate of the free market and Bitcoin, but previous statements had indicated that, after an initial rush, the rate of Bitcoin transactions had dropped off to a negligible level. That, however, no longer appears to be the case.

Business Insider and Reuters report that Overstock is now receiving more than $15,000 a day from Bitcoin sales, and that their projected Bitcoin earnings for 2015 now range from six to eight million dollars. By the end of the year, the company expects to be taking in one million dollars a month in Bitcoin sales, with $1.5 billion in sales overall. Eight million out of 1.5 billion isn’t all that much (a bit more than one half of one percent of the total), but Byrne expects Bitcoin sales to account for about four cents of earning per share for investors in the company.

On the whole, these earnings aren’t revolutionary: they aren’t going to allow Overstock to overtake Amazon, or make the shareholders rich on their own. However, they are meaningful. They validate that accepting Bitcoin was a good financial decision, any question of publicity aside. Bitcoin genuinely is improving their business, and the impact will probably only rise in the coming years. That’s a big deal, and a really good sign for Bitcoin’s ability to survive it’s awkward adolescence and become a fixture in the lives of billions of people.