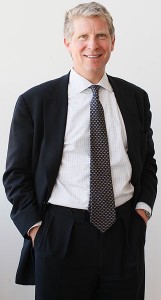 Bitcoinhyip.org – a Southeast Asia-based Bitcoin website – has been charged with securities fraud after another 72 fraudulent Bitcoin operations like it were seized and shut down this month by Manhattan’s district attorney, reported Bloomberg.

Bitcoinhyip.org and other companies registered to YouYou Finance were seized on January 16 following an investigation that started last July, said District Attorney Cyrus Vance Jr. to an association of money-laundering specialists. According to the complaint filed Monday in state court in Manhattan, an undercover agent emailed the website and was told he “could not lose money in the investment.”

“All you had to do, they said, was send them one bitcoin, and they’d send you three bitcoins in return, within 48 hours,” according to a copy of Vance’s speech, as reported by Bloomberg. “When our undercover investigator transferred a bitcoin to the operator’s bit-address, they kept it, and he never heard from them again.”

According to documents provided to CoinDesk, the defendants are accused of securities fraud and intent to commit fraud, and also face larceny charges.

According to the documents, in the case of investment schemes, Bitcoin can be interpreted as serving as a type of security, arguing that “by seeking investors willing to invest bitcoins…these websites were using bitcoins as a security.”

Other elements of the filing included a block chain data analysis that suggested Bitcoins sent to the sites were never returned to the originating addresses, said CoinDesk.