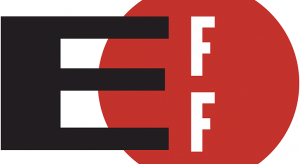 EFF, a nonprofit organization, who “[defends] your rights in the digital world” is challenging New Jersey’s Subpoena to an MIT student who is a Bitcoin developer. Bitcoin’s popularity is increasing by the day, and government officials are worried about money laundering and criminal activities that are linked to Bitcoin. However, after Jeremy Rubin, an MIT student and Bitcoin developer, received a subpoena by the New Jersey Division of Consumer Affairs, EFF is fighting back.

In November 2013, Rubin and other MIT students were able to develop Tidbit, a computer code, for the Node Knockout Hackathon. Tidbit is an alternative to website advertising: if you want ads to be removed from a website, you’d have to give a bit of CPU cycles to mine for Bitcoins. Thus, Tidbit uses another person’s computer to mine for Bitcoins. EFF says that Tidbit was,

“Clearly presented as a proof of concept, with the developers making clear the code was configured not to mine for Bitcoins.”

This is due to the fact that the MIT students needed to finalize the legal details such as terms of service, and

“ethical details, like making sure there was a way for users to opt-in to the service so their computers weren’t being used to mine Bitcoins without their knowledge.”

TidBit had won the Node Knockout award, and the MIT students thought they would continue their project. However, in December, the New Jersey Division of Consumer Affairs sent out a subpoena to Rubin asking that he hand over Tidbit’s current and past source code, and also “other documents and agreements with any third parties.”

The subpoena also issued 27 formal written questions, or interrogatories, that asked for more documents and ordered information such as identities of all Bitcoin wallet addresses linked to Tidbit, and names of anyone who mined for coins through Tidbit to be handed over. However, Tidbit’s code was not made to mine for bitcoins yet.

As a result, Tidbit asked EFF for help and the nonprofit organization agreed to represent both Rubin and Tidbit. Eff said that they

“explained to the New Jersey Attorney General that Tidbit’s code as configured was incapable of mining for Bitcoins, meaning it could not provide much of the information requested in the subpoena.”

In addition to this, because Rubin lived in Massachusetts and Tidbit had no connections with New Jersey, the state did not have authority to issue a subpoena to either of the two. The server hosting Tidbit’s code is not in NJ and the code didn’t target NJ users in specific. However,

“When the state still insisted Tidbit comply with the subpoena, [EFF] moved to quash it in New Jersey state court with the help of attorney Frank Corrado.”

Eff was able to create three arguments as to give reasons to why the subpoena should be canceled.

“Rubin should be granted immunity from prosecution for any code or documents he is required to turn over and for any answers to interrogatories he must give.”

This is because the New Jersey state law and the Fifth Amendment both say that the government cannot force someone to testify against themselves.

What Does New Jersey Think?

The state believes that Rubin and Tidbit are both in violation of New Jersey’s Consumer Fraud Act. In fact, New Jersey believes that Tidbit was trying to use other people’s computers to mine for bitcoins without their consent. However, Tidbit was planning a code that first asked for the user’s consent before utilization his/her computer for mining. In addition, Tidbit’s code was only a concept and no one could mine from it yet.

Rubin should be given immunity because the subpoena is basically asking that he incriminate himself. Eff says the court will have a hearing at the end of February and they are hopeful that “the subpoena will be quashed.”