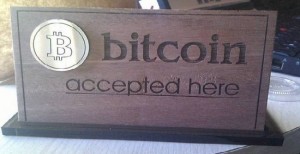 Before launching fashion design startup Minku in 2011, founder Kunmi Otitoju worked and studied in America and Europe. Minku’s specialty is handmade Yoruba leather bags for both men and women. These are sold online and at expensive stores in Nigeria.

Why Has Minku Accepted Bitcoin Payment?

Nigerian fashion startup Minku has just started accepting Bitcoin as payment for its products. Otitoju was asked questions by How we made it in Africa about her decision. Otitoju says,

“It’s exciting. I find the concept of a digital cryptocurrency, accepted globally in exchange for a widening range of goods and services, to be cool. Much of the skepticism surrounding Bitcoin is centred on the ‘crypto’ part.”

From this, it’s apparent that Minku accepting Bitcoin was not a publicity stunt. In fact, the decision appears to be well thought out. Otitoju continues,

“With time, governments will step in and give a cleaner definition of what it is, how it can be traded, and so on, and then it could garner general acceptance as just another boring old method of paying for things online.”

Having governmental involvement will certainly have an impact on Bitcoin. It can be a positive one since people will feel more secure in trading with Bitcoin. However, it can also be a negative impact because within Bitcoin’s protocol there is no authority figure, and having governments involved might stifle the growth.

Has There Been More Sales?

When asked if Minku has seen more sales as a result of accepting Bitcoin,  Otitoju responded, “Yes, we are seeing traction in terms of sales, and are happy about this.”

However, Otitoju says that in Nigeria, the case is different. She says that at first her company was thinking only about the “cool factor and the global reach thing” and didn’t consider the implication of a startup in Nigeria accepting Bitcoin,

“until TechCabal, a Nigerian tech and startups news site, did an article naming Minku the first Nigerian startup to accept Bitcoin. Then I realised that Minku accepting Bitcoin is not just about nudging Nigerians to adopt the currency (that will or will not happen, over time).”

What Otitoju realized was far greater than what she had initially thought,

“It is about including Nigeria and sub-Saharan Africa in an interesting global conversation at an atypically early stage, when those in the US, the UK, China, are still trying to figure it out as well.”

This brings Minku accepting Bitcoin to a whole other level. Bitcoin is in essence trying to bring the economic and commerce world together. It is helping people trade past the barriers of currency, language, and borders. In addition, Bitcoin is dynamic in its nature and is able to adapt to various circumstances even though its price is volatile at times.

Having businesses around the world accept Bitcoin is amazing since it would essentially make Bitcoin a global digital currency. This would make trading across countries much easier and convenient. In addition, with Bitcoin’s public ledger, aka the blockchain, transactions are transparent, but personal information is kept hidden. This way, everyone can see which transactions are happening, but one’s identity is kept a secret.

The best part of it all is: bitcoins don’t weigh a thing since they are digital. In addition, it’ll be pretty easy to convert Bitcoin to fiat currencies since all you need is your phone or laptop… not a whole wad of cash.