Following the successful completion of its ICO, NEVERDIE, an established name in real currency MMORPGs and Virtual Worlds, announced in a press release CoinReport received details for its Teleport Token, a digital currency created to be used across virtual reality (VR) events, games and worlds.

NEVERDIE will let users mine, win or earn Teleport Tokens or buy them from other players and use them to pay for travel or content all around various worlds. The tokens are at present available through the Teleport crowdsale running now through August 31.

As one of the first interoperable tokens that is created within games and is able to be utilized and transported across worlds, effortlessly from one game to another, the Teleport Token is prepared to transform the gaming world. The mentioned ability is essential for the VR industry, which has strived to discover practical monetization solutions. The Teleport Token, said the release we received, will eventually be used to build a monetized infrastructure that will push the progress of the virtual goods economy, consequently backing gamified jobs as a way to counterbalance conventional jobs lost to artificial intelligence (AI) and VR advancements.

Astronaut and gaming icon Richard Garriott, also known as “Lord British,” who is an advisor to NEVERDIE, said on the occasion, “With Teleport Token, we’ve created a way for players to earn dividends for discovering, building and contributing to virtual worlds. NEVERDIE pays a minimum wage of $0.25 an hour, which is higher than minimum wage in many countries around the world.”

Minimum wages of NEVERDIE are $15 per month. Moreover, the team has brought in a bonus for gamers by offering $10 million (jointly) in gamified remunerations to players across several worlds who assist in creating “The Ethereum Teleporter” VR tantamount to the Egyptian Pyramids – the first world wonder of the VR world. Presently being incorporated in popular games such as Shroud of the Avatar, Teleport Token is planned to be integrated into several of VR’s most popular games in the future. The cryptocurrency will be consumed each time it is used within a game, and divided via smart contract design and API into fragments to be collected, re-looted or mined and re-crafted with player skill to make it tradable between players and usable again.

Players will be able to trade in-game currency for Teleport Tokens via an agent and receive the Tokens in their wallets or transfer them between games without any extra fee. With the consumption of each token through utility, the game developer will also receive a fragment of the token as operating income. Also, the fundamental value of the Tokens will be incrementally increased by burning a percentage of each Token consumed. 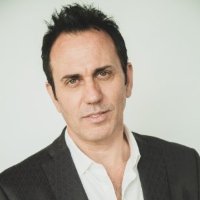 NEVERDIE CEO Jon Jacobs stated, “The Teleport Token is trailblazing a new path for VR monetization– one that will nurture a virtual goods economy by using interoperable tokens that can be traded peer-to-peer on the blockchain and used as a payment system for building and discovery in VR.

“As the President of VR, it is only fitting that I take an active role in spearheading the development of an infrastructure that can be applied to the widest array of Virtual or Augmented Reality applications or existing gaming systems as a tool for monetization.”

England-born actor, musician and filmmaker Jon Jacobs founded iconic avatar NEVERDIE in 2002 in Entropia Universe and became the first gamer to earn a million dollars within a virtual world. His virtual mining asteroid, Club NEVERDIE, entered the 2008 Guinness Book of Records as the most valuable virtual item in the world. Jacobs then founded NEVERDIE Studios and worked on Virtual Destinations for pop culture Icons; including Michael Jackson, Lemmy and Universal Studios’ KING KONG. NEVERDIE Studios developed and at present operates ROCKtropia Virtual World, the first and only MMORPG that disrupts all current game business models, by paying any player $10 -$15 per month to engage in gamified jobs. In 2016, Jacobs won the first democratic elections to become the first president of Virtual Reality. He says that his mission as president is to create one billion gamified jobs.