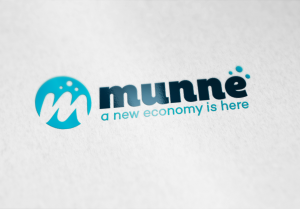 The developers behind the digital currency Munne have launched an online education platform called Munne University.

“Learn about the next digital revolution,” states Munne University’s homepage. Users of the site create an account to register for courses offered by Munne University. The site launched with one course, titled Crypto 101, which is a compilation of online content that explores key concepts, history, and technical concepts of cryptocurrency, including Munne.

In a conversation with CoinReport, the developers, known as “Devplus” and “Mchrono,” said they wanted to change the way people think about cryptocurrencies.

“For example, many people still think that bitcoin is ‘Internet money for drugs’ and that’s false,” said Devplus.

One key message the developers would like to communicate is that “cryptos are a revolution, not just for money, (but also) for freedom, for the way we think about money,” said Devplus. “It’s a new beginning, a new opportunities to solve ancient problems. And like the Internet, someday they will become part of our ‘normal’ lives.”

The developers said they see cryptocurrencies as being revolutionary because “they are open, anyone can access them. It’s pure freedom. Big corporations can’t control them. They are secure, fast and cheap.”

Mchrono added that cryptocurrencies “will work to improve the speed and security of communication in general.

Among the problems cryptocurrencies can solve is sending money from one nation to another in an easy, fast, and cheap manner, said Devplus, who added that they could completely change the way we buy things on the Internet, or even the way the Internet works.

Devplus said that the Internet currently works thanks to ads, but with cryptocurrencies, it’s easier to make payments, even small ones, with virtually no commission. “We could have some Internet without ads, decentralized, with people donating small fees to content creators, and only the best information will get published.”

“And it is just the beginning, we are at an early stage,” said Mchrono. “Eventually new uses and solutions for this technology will be found.”

Having first read about Bitcoin about three years ago, Devplus initially “thought it was a ‘new PayPal,’ some silly project to facilitate transactions, but then I read about the technical stuff and it blew my mind.”

Mchrono said, “We are ‘garage entrepreneurs’ that realized that there is a gap that needs to be filled. We saw that many people are tired of half-finished coins launched and teams that abandon their jobs. We saw many well-intentioned projects that failed because they can’t expand their ideas for this forum, so we are here trying to fix that. Munne is our first project in this environment.”

“Munne was created as a real alternative to become the number one digital currency,” reads a description on the cryptocurrency’s website. “It has been developed with the best current features. Munne is an investment in the future of Cryptos because this is a coin that will be around for the long-run! Only a few selected Altcoins will survive in the long-term, and Munne is taking the essential steps to get to that point.”

Mchrono said the developers’ main purpose is to develop a visual attractive product that is easy for everyone to use and entails permanent enhancements and support, and aim to market Munne in a strategic manner in order to reach a massive public who will adopt Munne as their preferred coin.

This marketing effort includes Munne University. Devplus told CoinReport the education portal will offer three types of courses: free, free with tipping (in which users can make donations to instructors), and fee-based. The developers will hire some instructors, and once the platform is ready, along with a significant user base, the developers hope to attract more instructors.

Once a student completes a course, he or she will receive a certificate that can be shared on Facebook. Along the way students receive badges for different things. For example, if you sign up for the Crypto 101 course, you receive an “Inscription to the Course” badge. User can also submit ideas for course creations, pending approval.

Among other developments is Munne Project, a browser game in which players can buy Munne and use it in the game and in the real world. The game will eventually be available through Facebook. The developers have also created a new wallet with an improved UI. Features include news feeds from cryptocurrency websites, market information for all currencies listed on Bittrex, and a block explorer for Munne.

“We want to create a community, and that it becomes ‘the platform for learning about crypto,’” said Devplus about Munne University, adding that other objectives for the initiative are to improve the Munne ecosystem and to demonstrate that it is a viable project.

Caveat: investors and users should be wary of dealing with groups who do not provide identities, backgrounds, or any form of official incorporation.

So You Want to Build An Interplanetary Cryptocurrency