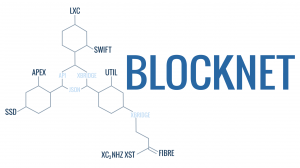 The Blocknet is a new project just announced by the XCurrency team, headed by XCurrency lead developer Dan Metcalf. And it is a doozy. Much of the information I’ll be providing you with today comes from their new announcement, which you can find the details of here.

But let’s begin with an analogy. Back in the stone age (the late 80s), there were a number of separate computer networks in existence. Today, we’d call them LANs – local area networks. Those networks could communicate between themselves, but not outside of their local (wired) network. One day, everything changed, and today we call the revolutionary technological result “the internet” – the interconnected computer network. It’s been a big deal, as I’m sure you know.

Individual cryptocurrency blockchains are, in many ways, similar to LANs. They can communicate within themselves, but not outside of themselves. Why is this the case? Because there has been, until now, no way for them to communicate intelligibly with each other; no signal-response setup. The Blocknet aims to change that. The Blocknet is an interconnected blockchain network. And the implications it has for the future of cryptocurrency usage are as significant as the implication the internet had for computer usage. Other projects have attempted to do similar things – SuperNET most notable among them – but Blocknet provides far, far more elegant solutions to the difficulties faced by such a project. We’ll go into detail momentarily.

At the moment, several cryptocurrencies have joined up under its banner:

And the project hopes to expand to include many more – with some simple restrictions. Only coins that provide actual innovative services will be included in the Blocknet, to avoid cluttering the system up with scamcoins, pump-and-dump schemes, and so on. Each of the coins that are starting off part of the Blocknet offer something of their own. But why is it important that coins offer some utility unoffered by another?

Because that’s the whole point of the Blocknet. Do you know what the biggest hindrance faced by someone who would use XCurrency’s very slick anonymous messaging feature is?

Having to download and install software, and potentially having to buy XCurrency.

Replace “XCurrency” and “anonymous messaging feature” with any pair of coin and utility offered by that coin, and the statement remains true. People hate learning, it’s difficult. People hate new software, it involves learning. The Blocknet plans to solve this. 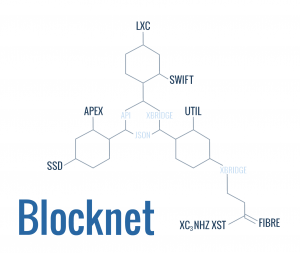 The Blocknet provides a peer-to-peer system for paying coin networks to utilize their features without becoming a part of their network. Beyond that, it actually provides a peer-to-peer system for exchanging between various coins – a decentralized exchange, in other words. This has some impressive implications, including very low-friction exchanging between various altcoins (and Bitcoin, should it be added to the Blocknet, which one would expect).

But there’s also more to the Blocknet – an investment opportunity. Blocknet is starting off with an ITO, initial token offering, beginning on October 29th. The ITO will be available on Bittrex, Poloniex, and CoinGateway, and will comprise a total of 10 million coins being sold for 0.00025 BTC each, a grand total of 2500 BTC worth of tokens on offer. Any unsold tokens will be destroyed.

The value of the tokens is that they are ownership in the Blocknet (which is, for most intents and purposes, a decentralized autonomous corporation). The Blocknet collects fees from those who use services of various coins through its peer-to-peer protocol, and those fees are disbursed proportionally to the owners of Blocknet tokens. The Blocknet protocol also rewards node operators of each individual coin that is a part of the net, anytime their node is used to transmit requests for the use of coin services.

The investment value of the Blocknet tokens is a very difficult number to pin down. Essentially though, the value of the Blocknet is equal to the amount of additional service usage it will create in each of the member coins, times the fee per service. More succinctly: number of uses * fee.

At this point, no one can predict how thoroughly used the Blocknet will be. But there’s clearly a new competition brewing in cryptocurrency: Blocknet and SuperNET, along with any other coinglomerates that emerge, will begin to fight for coalition supremacy. There will eventually be a snowballing effect, where one grows large enough that it attracts much more attention than the others – but we’re far from that point.

Still, it’s all very exciting. What uses can you see for an interconnected network of cryptocurrencies? 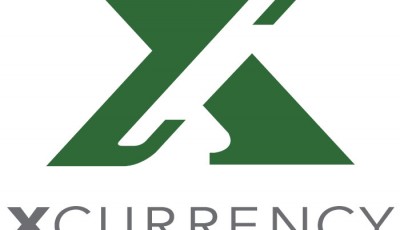