Legaltech startup Agrello to develop on Ethereum, be compatible with other blockchains

Estonia-based legal-tech startup Agrello announced in a press release CoinReport received its plans to optimize its system for the Ethereum blockchain while staying compatible with a series of additional blockchain environments.

The blockchain startup develops “smart agreements” on the basis of AI-orchestrated smart contracts.

Agrello declares in its mission statement the intention to utilize technology to enable users “without coding or legal skills to form legally-binding agreements on the blockchain,” and to “streamline production processes through the automation of resource allocation.”

To do so, Agrello creates a graphical interface that assembles contracts, which are then compiled to code, managed and executed on the users’ behalf by intelligent agents, based on BDI-software models, said the release we received.

In a blog post explaining its decision, the company lists numerous reasons for its choice to develop on Ethereum. Continuous efforts by the Ethereum Foundation to overcome regulatory hurdles and the maturity of the Ethereum ecosystem are among the reasons. 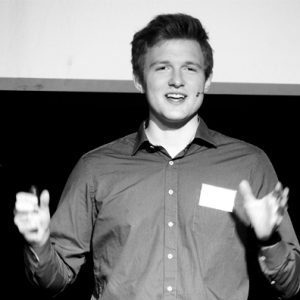 “Operating at the intersection of the legal system, financial institutions and disruptive technologies, Agrello is highly dependent on the establishment of good industrial relationships with the off-chain world,” says Agrello CEO Hando Rand in the blog post. “We regard the work done by the Ethereum foundation on this matter as invaluable, and seek to be an active player in the field, lending our hand to promote this effort even further.”

Although Agrello will issue a token on Ethereum in its upcoming ICO, the startup plans to stay compatible with other blockchain environments like NEM, Lisk, Ethereum Classic, Metaverse, RSK, Antshares and RSK.