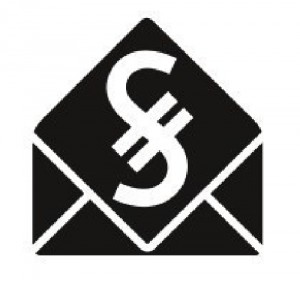 “When you first meet someone, you don’t divulge your deepest secrets. If privacy doesn’t matter, would you be willing to give your wallet to a total stranger and let them go through it and write down everything they find inside? Then why on earth would we believe that if we’re not doing anything wrong, we shouldn’t care if someone has our information?”

According to a press release issued Tuesday, the system uses 0.001 SwiftCoin to send mail and attachments on any device that operates on Android, Window or Ubuntu. The mail recipient will send back the same amount in SwiftCoin to reply, resulting in a zero net cost for sending and receiving John McAfee SwiftMail.

Developed by Daniel Bruno, a chartered market technician, SwiftCoin is a decentralized, peer-to-peer, proprietary proof-of-work digital currency and transaction network. SwiftCoin can be bought and sold for Bitcoin and fiat currencies. The press release said the SwiftCoin blockchain confirms all mail and payment transactions without any centralized approval or manual intervention.

According to the SwiftMail website, SwiftCoin is valued at approximately one dollar and market mechanisms are in place to discourage any inflation, deflation and volatility. A limited supply of complimentary SwiftCoin may be available to each first-time user of SwiftMail.

The website describes John McAfee SwiftMail as “very user friendly” with a simple download to run the system. The technology uses intuitive red, yellow and green bands to let the user know if and when their mail was received and by whom, and eliminates the need for confidentiality notices put at the bottom of emails.

Update – As the commenter Matt also points out in the comments below, John McAfee said in an AMA on Reddit, “I don’t have a preference (LTC/BTC/ETC). A company in Uraguay has improperly used my name. They have a currency named SwiftCoin, with vaults. You can with a private email you can convert SwiftCoin into gold bars in their vaults. You can check out the press release which used my name improperly “McAfee SwiftCoin”, so do not believe it. But the idea that you can convert your currency into hard gold without anyone in the world knowing, that’s pretty hot.”

Daniel Bruno told CoinReport in the comments below, “In March 2015, John McAFee commissioned my company to make the Android app and I personally corresponded with him during its development. He insisted we get it done before Defcon on August 6. We dont understand what is going on with him now or what his strategy is.”

Attempts by CoinReport to get further clarifications from John McAfee and Daniel Bruno were unsuccessful.