Earlier this month, Coindera, a Minnesota-based company, launched a cryptocurrency alert and monitoring application with support for more than one hundred digital currencies.

Coindera CEO Adam Evers told CoinReport in an interview that he began developing the company last December when the Bitcoin market was fluctuating. 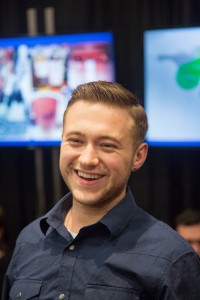 “I remember in November when the price hit $1,000. It was like Christmas then a few weeks later the price kept dropping. It was crazy and I hated staying up all night looking at charts. I looked for a solution but couldn’t find anything that worked. So I decided to build CoinAuthority which is now Coindera.”

Evers says the motivation behind his company is to be the easiest way to monitor digital currencies. Coindera monitors the cryptocurrency market 24/7 for events such as price changes, volume increases, or an exponential moving average/moving average (MA/EMA) crossover.

Users receive real-time alerts of such events by e-mail, SMS, or push notifications on their Android or iOS device.

Coindera monitors Bitcoin and familiar altcoins such as Dogecoin and Litecoin, as well as lesser-known altcoins such as Reddcoin and Darkcoin. Evers told CoinReport the reason for monitoring scores of digital currencies is that Coindera’s users requested alerts for more altcoins.

Adoption and the language barrier are some issues to be addressed in order for Bitcoin and other cryptocurrencies to grow, said Evers.

“We’re struggling right now because of the adoption. The more people we can use and tell about Bitcoin the better. Bitcoin is like its own language. It can be confusing! It needs to be simplified into something that people know already in order to grow.”

When asked what he found attractive about digital currencies, Evers told CoinReport:

“The idea of being able to transfer funds instantly with no fees to my friends, family and organizations I care all around the world blows my mind. I want everyone to have the ability to do that, yesterday.”

Amagi Metals to trade exclusively in digital currency by 2016

US survey gauges consumer awareness, use of cryptocurrencies