According to the company, MPK is designed to work alongside conventional economy but with public benefit in mind. The public crowdsale of MPK began on August 21 and will continue until September 20 at 17:00 UTC. 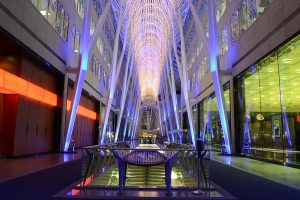 Impak Finance chief ecosystem officer Paul Allard said in the release we received, “impak Finance is writing a new page in the young history of ICOs by taking on the challenge of becoming fully regulatory compliant and as a result bringing a higher degree of protection for participants. Once again, impak Finance demonstrates that transparency and trust are core to our project.

“We are delivering on our promise to use technology to reinvent the way citizens can use money for doing good.”

One of the few ICOs in the world to have passed all of the national regulatory requirements, impak Coin’s ICO is transparent and with integrity for participants in the presale, says the company. The ICO aims to be a model for regulators the world over to shield investors while playing a positive part in empowering small businesses to raise capital with the latest developments in financial technologies.

Built on transparent blockchain platform WAVES, MPK combines the functionalities and advantages of new digital currencies, recognition programs and complementary currencies. It is designed for everyday use, and transactions within the impak ecosystem are free for both customers and merchants. User participation in the ecosystem is also rewarded with MPKs.

MPK’s whitepaper can be downloaded from here.