New York-based biometrics security firm HYPR informed CoinReport via emails that it has partnered with BitGo and SpeechPro, introducing the latter to its existing platform. 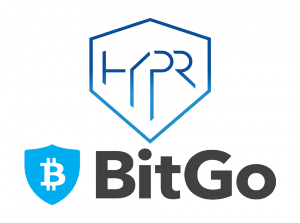 The goal of the partnership with BitGo is to “deliver biometric security” to digital currencies and assets by applying biometric tokenization to different use cases on the blockchain. HYPR explained that the partnership addresses the following product opportunities:

HYPR also announced its partnership with SpeechPro, a developer of speech recognition and voice identification solutions. The partnership now enables SpeechPro’s VoiceKey.OnePass as an authenticator for HYPR-Secure. This turnkey-based partnership also aims to deliver a FIDO-based experience to its customers. VoiceKey.OnePass is now also a recommended component of the HYPR biometric security suite.

“The addition of SpeechPro VoiceKey.OnePass is just one example of how HYPR-Secure Partnerships are made possible through interoperable standards such as the FIDO Alliance specifications. Our companies’ combined efforts aim to further create an interdependent, opportunity-rich security ecosystem where hardware and software players can partner and deploy easily integrable biometric security solutions,” says the email from HYPR.