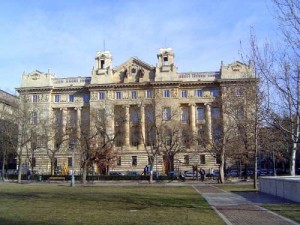 “The National Bank of Hungary regards it important to inform current and future users so that consumers would be aware of the risks associated with virtual tender and could decide about its use in that knowledge.”

Bitcoin enthusiasts like the fact that transactions within Bitcoin are practically anonymous and that there is no intermediary. However, Hungary’s Central Bank warns that these benefits also carry risks that can negatively effect the people.

The Bank says that because Bitcoin doesn’t have a higher authority figure controlling the currency such as a national bank, this is a problem. Hungary’s Central bank continues to say that Bitcoin “exists virtually and doesn’t fall under the supervision of any central bank.”

In addition, bitcoins could get lost or stolen, and because of its volatility the price can change all of a sudden, the bank added. What Hungary’s Central Bank doesn’t realize is that all types of currencies can get lost or stolen, Bitcoin is not the only one.

From a Bitcoin Enthusiast’s Viewpoint

Blummer also says that Bitcoin protects its users better than bank-card payment options. This is because users paying with Bitcoin do not reveal any sensitive information in order to do a transaction. Blummer also claims that even though Bitcoin does not have the backing of any central bank, it is “backed by the trust of the community that’s using it.” Blummer adds that the Hungarian Bitcoin Association was founded earlier this year with firms and lawyers.

“The London-based European Banking Authority, which represents national banking supervisors from all 28 European Union countries, warned in December about the perils of virtual currency.” In addition to this central banks in France, China, and Israel have expressed their concern about the risks of digital currencies. In specific the worry is about money laundering and speculative trading.

However, in New York, instead of simply warning about Bitcoin risks, the state will be adopting previous federal laws in order to regulate the currency. In addition to New York, California has just passed a bill that declares Bitcoin and other digital currencies as legal tender in the state. Things are looking up for Bitcoin.