Agentic Group, an international blockchain consortium, announced Thursday the opening of a new office in Paris as part of a European expansion.

The New York-based organization, launched in 2015, is a membership-oriented group with 36 blockchain and digital currency-related firms around the world that provide their expertise to government agencies, not-for-profit groups and corporations. 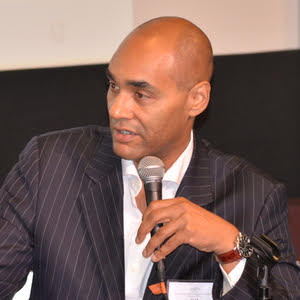 “The Agentic Group was formed in response to the need for a cohesive voice in the field that addresses not only the financial implications of digital currencies and blockchains, but also the significant ramifications for the rest of the global business community as well as the development of new forms of social benefit in both developed and developing markets,” said Rik Willard, founder and managing director of Agentic Group, in a press release sent to CoinReport.

He said Paris is just the start as his organization seeks to offer insight into these “disruptive technologies” on an international scale, with an eye toward further representation across Europe, Africa and Asia in the future.

“Agentic France is a timely extension of the movement created by the Agentic Group to support the global blockchain and digital currency ecosystem through the exploration, education and execution of major projects,” said Christophe de Courson, co-founder and managing director of Agentic France, in the press release. “Our mission here is to help France establish a leadership position in these revolutionary technologies and the world-changing opportunities they are creating.”

The first order of business is hosting a two-panel event at Palais Brongniart that features an opening address from former French Minster of State Jean Louis Borloo.

The first Paris event, taking place on June 20, is titled “France, EU and Africa: Payments, Energy and the Internet of Value.” Panel discussions will focus on the emerging “Internet of Value” and its prospect of disruption across Europe and Africa.

Panelists will include, among others, Ann Camarillo, former CEO of Maestro and global ATM network Cirrus; Richard Caetano, CEO of Stratumn; Jonathan Chester, founder of BitWage; and Luis Molina, founder and CEO of Fermat. Willard will moderate the panels.

More information about this event is available on Agentic Group’s website.