Global Advisors (Jersey) Limited (Global Advisors), the investment manager of the Global Advisors Bitcoin Investment Fund PLC (GABI), announced in a press release sent to CoinReport that the fund has been listed on the Channel Islands Securities Exchange (CISE), becoming the first regulated bitcoin fund to be listed on any exchange worldwide.

The exchange approved the admission to listing of all of the redeemable participating no par value shares of the open ended fund, said the release.

Launched in 2014 as the first regulated bitcoin fund in the world when it received certification as an Expert Fund from the Jersey Financial Services Commission, GABI’s listing on the CISE means that it joins more than 2,000 listed securities on the exchange constituting a market capitalization of over £300 billion.

It should be noted here that it is the first digital asset-related listing on the exchange.

CISE CEO Fiona Le Poidevin said in the release, “I have followed GABI since its prominent launch and it is very exciting that we are able to play a part in the next chapter of this innovative structure.”

Specialist alternative asset law firm MJ Hudson’s Jonathan Bale represented the limited company through the listing process. Bale, who is also a director of GABI’s listing sponsor, Verras Professional Services Limited, said in the press release that GABI will now be capable of exhibiting the due diligence, oversight and monitoring that comes with regulation and an exchange listing.

“This is testament to the hard work that Global Advisors’ principals, Daniel Masters, Jean-Marie Mognetti and Russell Newton, have put in to evolving an institutionally robust offering,” said Bale. 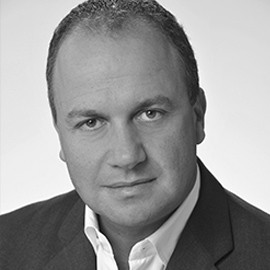 “The time is right. Bitcoin now has a market capitalisation of over $12.4 billion, an all-time high, with approximately 16 million coins in issue. Bitcoin is the leading digital currency, ranking 73rd in total amount in circulation on the global list of M1 forms of money. Several leading analysts are now covering the currency, with a recent report from Canaccord Genuity projecting an eight-fold increase in implied value within a decade,” Masters said.

“GABI is our flagship,” Masters said. “It provides professional management of the risks associated with holding bitcoin, and is focused on outperforming bitcoin in US dollars, which it has shown a strong track record of doing. As fund managers, we have a number of powerful tools to generate alpha, including arbitrage, pair-trading, cash and carry and coin lending. Today’s listing of GABI on the CISE acknowledges how far we have come over the last two years since GABI was launched as the world’s first regulated bitcoin fund, as well as the transformational role bitcoin is starting to play as a global currency and its emergence as an important, uncorrelated asset class for investors.”

GABI has returned 57% (2016 year to date) to investors. It was listed on the Channel Islands Securities Exchange just on December 19.