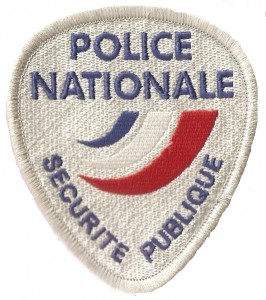 Badge of the French National Police

Earlier this week, two French citizens were arrested for allegedly running an illegal Bitcoin exchange that sold and lent Bitcoins. Their computers, credit cards, and about $272,800 worth of currency were also seized in the bust. Which exchange the accused operated has not yet been revealed to the public.

The two French citizens are currently being investigated on likely charges of money laundering, unlawful banking, and running an illicit gambling website.

This bust was the first use of a new regulation in France, first implemented in January, requiring that Bitcoin exchanges on French soil be licensed like conventional financial institutions, a cumbersome and expensive process that it’s likely that most Bitcoin businesses in France simply ignored. This bust may change that, and trigger a scramble to go legitimate or shut down operations entirely.

This is the first time that Bitcoins have been seized in France during an authorized judicial procedure, and there’s no clear precedent for what the police will do with them. In the case of the Silk Road bust in the US, the Bitcoins were auctioned and the proceeds kept, but it’s not clear whether or not participating in an unlicensed Bitcoin exchange is illegal for French citizens, and it’s probable that many of the customers from the exchange were international citizens not subject to French law. Furthermore, given that this sort of regulation is presumably intended to protect customers from their money vanishing in a collapsing Bitcoin exchange, collapsing a Bitcoin exchange and keeping its users money seems like a betrayal of the spirit of the law.

This kind of bust will likely happen more and more frequently going forward as countries around the world attempt to integrate Bitcoin businesses into their existing financial infrastructure. In the next few years, we’re also likely to see Bitcoin innovation and business in general moving into those jurisdictions that take an enlightened view on Bitcoin, and attempt to regulate it with a light hand, rather than attempting to force it to comply with hundreds of years of largely anti-competitive financial regulation.