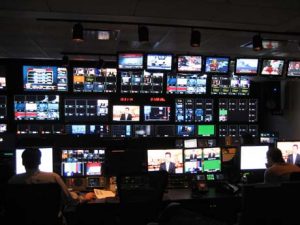 The show brings to viewers a range of firms at the dawn of innovations in their particular sectors.

Docademic joined FMW Media Works Corp., producers of the show, in the studio on April 26 to film the segment.

In the segment, Docademic founder and CEO Charles Nader is interviewed by segment co-anchor James Sowers, who is an experienced angel Investor, blockchain strategy advisor and featured speaker.

Currently, Docademic offers free basic health care in more than 20 countries through telemedicine with the help of blockchain technology.

Nader said in the press release we received, “Docademic is possibly one of the best applications of Blockchain in the world. Not only do we offer a form of free basic healthcare for the world, we also will enable scientific research of healthcare data of masses which will help us in building an A I healthcare supercomputer. Combined, these factors will change the world.”

Docademic says it has been working successfully in Latin America for the last two years and is excited to launch in Europe and America in the next few months.

“New to the Street” reaches potentially more than 5.3 million homes and is viewed on other select International stations.