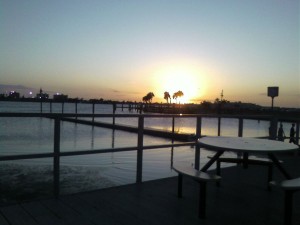 The company said Madeira Beach’s resolution comes ahead of the BitPay-sponsored Bitcoin St. Petersburg Bowl. Scheduled to take place in St. Petersburg, Florida on December 26, the bowl game is expected to draw thousands of Bitcoin users.

BitPay said in its press release that the Bitcoin Beach, along with other local municipalities, became a focus of the company’s outreach following the announcement of the Bitcoin Bowl. Madeira Beach passed the resolution after a town hall at which BitPay representatives presented the benefits of Bitcoin to local merchants. To date, more than 100 businesses in the city and the greater Tampa Bay have expressed interest in accepting the digital currency through BitPay.

BitPay said Madeira Beach aims to use Bitcoin Bowl’s momentum to put the city on the map for Bitcoin users. The city will host the pre-Bitcoin Bowl Beach Bash, which will include activities for visiting fans and teams.

“The city of Madeira Beach is opening its arms to the global bitcoin community,” said Shane Crawford, Madeira Beach city manager, in the press release. “We want bitcoin users to know that they can pay for their entire vacation with bitcoin here.”

“We hope that other cities follow Madeira Beach’s example in supporting the growth of bitcoin,” said Tony Gallippi, BitPay’s executive chairman, in the news release. “For cities that attract international visitors, accepting bitcoin is a great way to boost sales.”