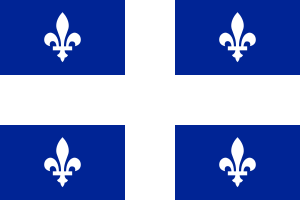 The Authorité des marchés finaciers (AMF) – the regulatory and oversight body for Quebec’s financial industry – announced last Thursday that businesses operating digital currency ATMs or trading platforms for these currencies in the Canadian province must attain a license issued by the AMF, pursuant to the Quebec’s Money-Services Business Act.

The AMF published amendments to the Act’s Policy Statement which are intended to reflect the framework set up under the Act governing certain activities of companies that operate, for remuneration, ATMs and platforms for trading cryptocurrencies in Quebec.

The AMF said that because it oversees such companies does mean that it regulates digital currencies. A company holding an AMF-issued license does not protect consumers from the risks associated with cryptocurrencies, such as volatility and liquidity risk.

The AMF also stated that the anonymity of digital currency transactions and their relative low costs may tempt fraudsters to set up schemes to lure investors. The AMF said cryptocurrency may be used to facilitate fraudulent transactions or fabricate fraudulent investments. Such fraud may involve online offerings or trading platforms not authorized by the AMF.