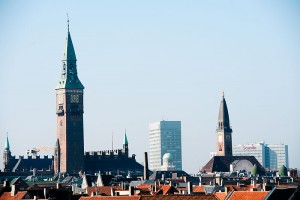 Denmark could become the first country to drop banknotes and coins, with the government proposing that most stores could become cashless as of next January, reported CNNMoney.

Essential services such as hospitals and post offices would still have to accept cash under the proposal, which is some way from becoming law.

Along with Sweden and Norway, Denmark is leading the international trend toward electronic money.

Business organizations point to benefits such as reduced handling and transport costs, beefed-up security, and a decline in attempts to steal cash.

A cashless society is “no longer an illusion but a vision that can be fulfilled within a reasonable time frame,” said Michael Busk-Jepsen, executive director of the Danish Bankers Association, to CNNMoney.

Currently, all Danish retailers must accept cash, but that hasn’t prevented large numbers of Danes from embracing digital options.

Close to 40 percent of the population uses Danske Bank’s Mobile Pay, which allows money transfers between people, as well as in-store and online purchases.

The cashless trend is similar across Scandinavia, noted CNNMoney. People in this region depend on cash for less than six percent of all payments made. By contrast, approximately 47 percent of payments in the United States are still made with cash, according to the Norwegian central bank.

The trend toward digital payments is spreading elsewhere in Europe, reported CNNMoney. According to statistics from the European Central Bank, non-cash payments increased by six percent in 2013. For the first time last year, non-cash payments surpassed those made with banknotes and coins in the United Kingdom.

The United Nations, along with the Bill and Melinda Gates Foundation, would like societies to shelve cash in favor of more digital transacting. It wants to reduce costs and improve transparency, and is collaborating with governments and the private sector to encourage more use of electronic payments.

But a cashless society does not benefit everyone, noted CNNMoney. There are growing fraud and security risks associated with digital transacting, while senior citizens and marginalized groups have limited access to digital payment options.

Recent data from the European Central Bank show fraudulent use of bank cards is amassing billions in costs for affected consumers. Total card fraud in Europe reached €1.3 billion ($1.4 billion USD) in 2012, an increase of nearly 15 percent from the year before.