iPayYou is a new service that offers what is touted as the easiest, safest and most useful bitcoin wallet in the world.

The Seattle-based company’s wallet lets users hold, purchase, sell, send and receive bitcoin safely and securely through iPayYou’s website, with all of the clients’ funds stored in their personal bitcoin wallet.

Users of the wallet can send bitcoin to anyone, even those with little knowledge about the digital currency. Recipients need not register for a bitcoin address, as only their e-mail address or mobile phone number is needed.

Unlike other bitcoin wallets on the market, iPayYou allows clients to terminate a transaction in the case of a mistake, such as entering the wrong address.

The company was founded by Gene Kavner, a former executive and worldwide director of Amazon Associates.

CoinReport connected with Kavner via e-mail to discuss the genesis of iPayYou, the bitcoin community in Seattle and his perspective on the digital currency.

CoinReport: What had you observed in the bitcoin wallet landscape that prompted you to create the iPayYou wallet? 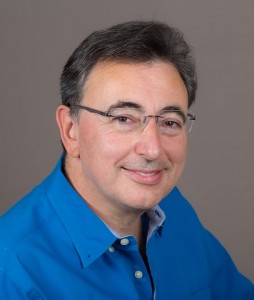 Gene Kavner: One of bitcoin’s many promises is to reduce friction between people throughout the world in how they make everyday transactions. However, what I realized was that for consumers to use bitcoin in their everyday lives, access to bitcoin would have to become simpler. To attract consumers, we as an industry have to stop using words like “crypto” and “virtual.” We have to stop forcing people to do the math of computing how much 0.04 bitcoins are in their normal, everyday currency. We have to eliminate the complexity when it comes to peer-to-peer transactions, even amongst those who have never heard of bitcoin. Lastly, we have to eliminate the “now what” problem – the problem we all have when we receive our first bitcoin is: “Now what do we do with it?” This is the promise of iPayYou.io.

GK: We take each of our customer’s privacy and security very seriously. iPayYou has worked to provide the latest state-of-the-art security for our users while still ensuring ease-of-use for the everyday consumer. All of our user accounts are stored in their own bitcoin wallets rather than being pooled in a single iPayYou account. This eliminates any chance of funds being compromised en masse. On top of that, each user can verify their balance on the publicly available blockchain, vastly increasing transparency for consumers, with all sensitive data encrypted using our security.

CR: What was the process like to get iPayYou and the wallet operational?

GK: Our initial product was tested by a beta community. Both the technical features and the usability were tested to ensure our users received the best possible experience. Even after our release, we listened to our customers and have made a few usability changes based upon user feedback.

CR: What has the reaction been like since the launch of the wallet?

GK: The reaction and coverage of iPayYou has been overwhelming. Since the launch we have added thousands of new users, many of which are sending bitcoin to their friends who have never held bitcoin before or are purchasing bitcoin for the first time.

CR: You plan to release iOS and Android versions of the web-based wallet in the coming months. What else is on the horizon for iPayYou in the next year or two?

GK: Our goal is to introduce features at Internet speeds (which means rapidly and consistently) that contribute to making bitcoin simple but powerful. Our upcoming features include everything from discounted gift cards to the most popular merchants, tax reporting, and price locks to support smart rule-based contracts, micro-transactions, and deep merchant integration.

CR: The company is based in Seattle, home (or close) to Amazon, Expedia and Microsoft headquarters, companies where you have served in executive positions. How would you characterize the bitcoin community, or the reception to bitcoin, in Seattle?

GK: The bitcoin community in Seattle is small but expanding. Microsoft and Expedia already accept bitcoin as payment and many of us are working to convince Amazon as well. We hope to encourage other bitcoin entrepreneurs in Seattle to expand or start new bitcoin companies. We are always on the look-out for ingenious services to integrate with iPayYou and we are already working with some local Seattle companies to make this vision a reality.

CR: What is it about bitcoin that appeals to you?

GK: I think bitcoin has the power to change the world in so many ways. Bitcoin supports new low-margin business models that were not possible before. It also supports anyone in the world with an Internet connection to provide a service and get paid. Lastly, bitcoin is uniquely able to address services that sell for small amounts, such as $0.12 for consumption (for example, per page-view), and rules-based payment engines (for example, let the printer pay for toner cartridges but not more often than once every six months and only from a merchant with a 4+ star rating).