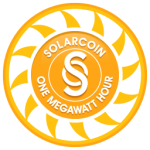 Last month the solar energy project ElectriCChain announced the participation of several prominent organizations including MIT and NASA. The project aims to collect, verify and publish data from the 7 million solar energy generators around the world. I had the pleasure to speak with Francois Sonnet, co-founder of ElectriCChain, to discuss in more detail the goals of the project. Below you can read a transcript of our conversation, where we discuss the project, the goals of Solarcoin and the importance of incentivizing people to use solar energy.

Can you tell us about your background and how you got involved with Solarcoin and eventually ElectriCChain? 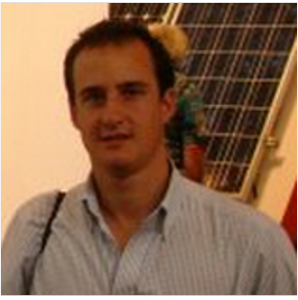 I’ve been in the solar industry for the past ten years, so clearly [I’ve] been seeing the government subsidy yo-yos [that] have been applied to the solar industry. It’s been periods of booms and busts in either country, whether it’s in Belgium where I’m from, or Spain where I currently live. Or even if it’s in other markets, say Australia or the UK.

When I got a hold of Solarcoin I realized how important this might be for not only for the solar industry, but for incentivizing people to deliver on solar power. Solar couldn’t really act as an independent incentive [with] existing government subsidies or government-backed subsidies, and [Solarcoin] helps empower the end user in delivering solar power.

[Solarcoin also] helps reduce the payback times. We’ve calculated it was anywhere between 1 and 3 years of payback time which the end user gains from Solarcoin. Then it helps, obviously, push the return on equity, or return on investment, of the project. When I understood that, it basically appeared to me that we needed to help get the word out there, and that’s how we started Solar Change.

What is the goal of ElectriCChain, Solarcoin and other related solar projects?

What we’re doing is aiming to incentivize for additional solar power throughout the world through an independent, digital asset. We’re reaching out then to the current 7 million solar installations which are out there. According to the International Energy Association, which is aiming for an additional 5,000 gigawatts of capacity of solar power, this additional capacity will also be entitled to claiming Solarcoin, so we’re talking about another 200 million, possibly more, residential installations being plugged into the Solarcoin platform.

Can you tell us more about ElectriCChain?

ElectriCChain is an independent platform from Solar Change, Solcrypto and the Solarcoin Foundation. We realized early on that there were a lot of projects [and a] lot of ideas which we could actually derive from either Solarcoin or the Solarcoin blockchain. Because we have 7 million data points – that’s the number of solar installations out there – we can obviously use [them] to keep track of climate or climate change for meteorological purposes. There’s a matter of other things we can do with these data points. They can be used for financial applications… just right now we’ve been discussing certification for Solarcoin for the solar industry.

How have you gone about getting people from different organizations involved in the ElectriCChain project?

If you take the [cases] of NASA or MIT, these are early-on people who are interested in the success of Solarcoin. The MIT [members], obviously, because they’re very well implicated into the bitcoin and blockchain ecosystem, [and] NASA because they truly see Solarcoin as the currency for low-Earth orbit, so they see it as a future currency in the conquest of space. I would say these are natural players with which we’ve been in contact, which do seem like the right players at this time to be talking to. Obviously, they give a lot of credibility when we talk to other partners. Just this past week we talked to SunPower Corporation, so that’s a big player in the solar industry and obviously mentioning that we’re talking to MIT or NASA does ring a bell. Also, we’re in talks with Microsoft through Ethereum [and] IBM with the Watson Group.

On the ElectriCChain site there’s a form for interested researchers and observers to complete and get involved before the full release of a given project. Can you speak more to this?

We’re communicating with different partners and trying to have as many ideas as possible on the platform. Once we have one of the projects ready to go – for example, the NASA project or the certification process – then we’ll start with the right partners to deliver on each of these concepts and deliver a prototype for each project. The timing for [the projects] is not dependent on us, but rather on the projects that are out there.

Can you tell us more about Solar Change?

Solar Change is a platform which interconnects the end user, which is the solar owner – basically, any solar owner can apply, we have 7 million solar owners out there – and each one can participate in claiming Solarcoin. In the future, Solar Change is also going to market products through its own platform, and it’s also in discussion with the solar ecosystem – so solar installers, solar monitoring companies – to get, for example, rebates in Solarcoin [for] certain products that these companies are suggesting. Basically, what we do is one part based on Solarcoin, but the second part is also based on the data which is available and harvested through data-loggers. We have an easy plug-and-play data-logger, which can work with any converter type. [The data-logger] keeps track of the power produced and directly records it onto the Solarcoin blockchain.

Solarcoin logo – Via an email from them