The Blocknet FUD Campaign and the Altcoin Circus

Altcoins are – and have been for quite a long time – a circus. It’s honestly quite ridiculous. I grew up on the internet, around some very odd – disturbing even – places. 4chan is a real place on the internet, and its denizens are a cynical and twisted bunch.

But sometimes these days, it’s hard to tell the difference between those memories of humorous – if politically incorrect – message boards and a community that seems to think it might be on to something incredible. Bitcoin is amazing – altcoins are, at base, attempts to improve upon it. So why is it that 4chan and the BitcoinTalk altcoin forums are in some ways nearly indistinguishable from each other?

No clue, aside from that they’re drawn from the same audience of young, upper-middle-class, mostly white, mostly male sectors of the population. But what I do have a clue about is what it results in.

Chaos. Complete and utter chaos. Even circuses have ringleaders – not the case here. 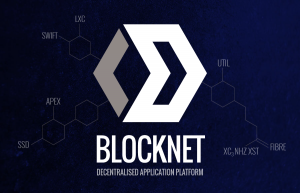 The Blocknet is an exciting project, the goals of which can have impressive real-world implications. It can create a system that can be built upon gradually that would allow for singular innovative features to give a coin value in ways that don’t yet exist. It’s, as the developers say, the internet of blockchains. And it’s spearheaded by one of the best (and best-known) developers in the altcoin community, Dan Metcalf.

And it’s been under assault. Such an assault, in fact, that the Blocknet ITO (Initial Token Offering) is likely to not even make it to the minimum 800 BTC required for the ITO to reach launch state – resulting in a refund for all those involved. This would be a sad event – a very interesting idea with a lot of potential, a variety of communities and developers behind it, dead before it can even launch. One would hope it would be relaunched in this case, but it’s impossible to know. But for now, let’s look at what happened that caused this. The short answer, as the story has been told by Arlyn Culwick, the PR and Media liaison for XCurrency, who has also been working with news outlets and journalists to cover Blocknet. Blocknet is not officially supported by XC, but they do have the same developer, and the two are relatively closely tied.

Arlyn sent over a very angry and frustrated letter yesterday afternoon. Here’s the chronology she lays out of the assault on Blocknet:

Yep, quite a lot of stuff in there. Arlyn, Dan, and Prometheus have put together a large repertoire of information about this entire event, which has been sent out in the form of a .doc file, which you can view here. But the summary is pretty short:

But the real question is how the Blocknet team is going to handle the situation.

My suggestion to them: extend the ITO under the following terms, if you believe this FUD can be quickly cleared away.