[Guest Post] How blockchain can revolutionize the motor racing industry

As one of the most popular sports in the world, Motorsport is an exhilarating, emotional experience that brings hundreds of thousands of fans from more than 194 countries to the racetrack for the love of the sport. As a deeply ingrained part of our culture, it is sometimes unclear to pinpoint an area of revolution for the industry at first look. However, since its establishment, motor racing has remained relatively unchanged for decades and with no real ‘hobby appeal’, the industry has remained strictly a professional one. Further to this, a lack of a unified platform for the racing community combined with an existing established technology and limited young driver exposure has left a disconnect in the modern motorsport industry.

In the past, Blockchain was somewhat of a buzzword. Yet, a couple of years later, the technology has established itself as a game changer for a number of industries including finance, supply chain and healthcare. Could it, therefore, be the answer the motorsport industry has been in need of?

RaceCoin has undertaken extensive research to identify exactly what areas need to be addressed and what can be implemented in order to help hobby drivers have a go in the driver’s seat and fuel their racing passion. If used correctly, blockchain could solve these challenges.

The first major problem restricting racing hobbyists is the fact that they must finance their passion out of their own pocket. Motor racing is notoriously known for being one of the more costly activities, particularly for hobby drivers. Expenses are needed for licenses, club membership, event entries and not to mention a vehicle. It is, therefore, no surprise that the costs associated with the sport can isolate some fans.

RaceCoin offers a way for fans, potential and existing hobbyists to engage with the sport by providing multiple pathways to generate financial support. One way this will set out to be achieved is through establishing a source of funding via a revenue-share model for drivers, racetracks and bettors while introducing a RaceCoin currency.

Perhaps one of the most frustrating areas affecting the take off for motor racing as a popular hobby is that competing can be fairly limited. Unlike a local football or hockey team, it is difficult to hold regular competitions against different teams and competitors due to the limited number of hobby racers in the first place.

Currently, if drivers wish to race each other they need to be in the same location at the same time. However, by combining motorsport with blockchain technology, RaceCoin are able to offer “phantom racing” whereby two or more drivers can race each other around the world no matter their location or time zone. By using our hardware sensors installed directly on racetracks and in the car (Abox), we will be able to collect data during a race and run this through an algorithm to allow a driver in another geographical location to race against the set time using similar parameters.

A global community of hobby drivers and fans

With the rise of digitization, mobile applications are a common go-to method for brands and companies to connect with their audiences and create a community. For example, the Premier League app allows football enthusiasts to track and connect with other fans while able to create their own fantasy league and compete against their friends. This is something that the hobby realm of motorsport is missing.

RaceCoin has created its own blockchain-based platform that will set out to achieve just this. The community seems to be the most important factor affecting a global movement to revolutionize the industry. By creating a global community of fans, followers, racetracks and bettors, this will be a step in the right direction.

But what’s in it for the racetracks? It turns out racetracks are always looking for new and innovative events and activities to promote their venues. With the chance to majorly increase customer traffic and boost income sources and possibilities, RaceCoin presents an ideal partnership. Racetracks can join the RaceCoin revolution on a global scale and help enthusiasts race against each other to better their techniques and progress in their talent.

The industry is craving a substantial change and requires the appropriate infrastructure to do this. Thanks to emerging technologies, irrational ideas become very quickly rational with the potential to have a serious impact on people’s lives. The blockchain technology which RaceCoin will be using to track and enable phantom racing is unique and calls for fans of the sport to join and unite. 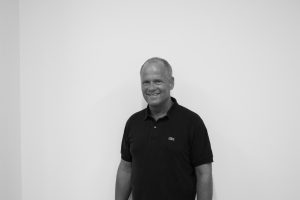 Joachim C. Baron von Behr-Baerwald, CEO of RaceCoin is the founding partner and keen on changing the racing world for the better. He has 25+ years experience in property and real estate development, project planning and execution of multimillion Euro projects. His huge network, experience and track record makes him the ideal founding partner. He purchased 100ha land in Latvia in 2016 on which we will build a racetrack to create proof for other racetracks to follow.