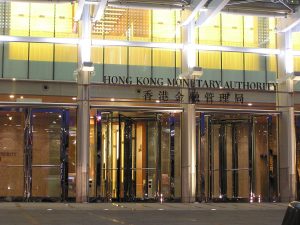 The headquarters of the Hong Kong Monetary Authority at the International Finance Centre in Central, Hong Kong

Hong Kong’s de facto central bank, the Hong Kong Monetary Authority (HKMA), has issued an assessment of blockchain technology, including a cautionary note that it may increase the risk of money laundering, reports Bloomberg.

The study released Friday says the privacy offered by some blockchain platforms may aid unlawful activities like ransom payments, the sale of illegal products and the trafficking of criminal gains.

The HKMA report does underscore the cost- and time-saving qualities of blockchain, but also warns that there are regulatory, risk management and legal issues associated with the technology predicated on a shared network of transaction records.

Shu Pui Li, the central bank’s executive director for financial infrastructure, said as part of a presentation for the HKMA Fintech Day, “[Blockchain offers] good potential, but a lot of things need to be addressed.”

“The most painful issue is legal. A lot of legal issues.”

Big banks the world over are researching blockchain technology for use in areas like mortgages and trade finance as they try to cut costs and increase profits. According to law firm White & Case, blockchain could cut the infrastructural costs of banks around the world by $15 billion-$20 billion a year by 2022. 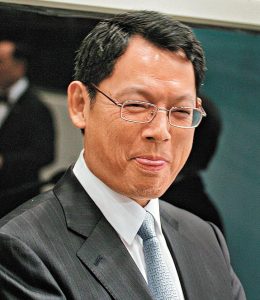 Chan said at the regulator’s first ever financial technology day on Friday that the banks applied to test the use of biometric authentication of securities trading.

Without naming the banks, Chan said, “So far two banks have already made use of the sandbox to conduct private trials of their biometric authentication in securities trading services. A few banks are discussing with us and planning to make use of the sandbox for…areas such as blockchain, artificial intelligence and many more.”

The new regime was launched by the HKMA in September, letting banks use a “sandbox” to experiment with new technologies on a limited basis before deploying them to the public.