Block26 joins Airbitz’s Board of Directors while leading a $1.25-million seed round slated to close later this summer. The $450,000 contribution marks the first investment from Block26 in the Bitcoin technology industry.

Last fall, the San Diego-based Airbitz debuted its mobile wallet for Bitcoin, available for both Android and iOS, at the Inside Bitcoins conference in Las Vegas. The company automatically encrypts, secures, and backs up user data without the need of complicated user prompts, and the decentralized server architecture is designed to ensure that Airbitz wallets are functional even if company servers are disabled. Airbitz’s wallet features the world’s first one-touch 2-factor authentication, a key security feature introduced earlier this year. 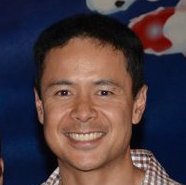 “We are giving the bitcoin world the first mobile wallet that looks and feels like (if not better) than mobile online banking, but unlike Coinbase and Circle, gives users full control of their bitcoin,” said Airbitz co-founder and CEO Paul Puey to CoinReport last fall. He told us that “the Bitcoin ecosystem is littered with overly complex, unfamiliar wallets that alienate the average user. Many require a user to print a backup of their wallet, or to ‘add’ encryption, or to write down a random 16 word passphrase if their device is lost or damaged. These are all incredibly foreign to users accustomed to basic online/mobile banking. We had a vision and an underlying technology that gives users the familiarity of mobile banking while offering them Bitcoin in its truest form.”

Ni’coel Stark, co-founder of and managing principal at Block26, said in a press release that “Block26 is making its first investment in Airbitz because not only is it the best digital wallet for consumers, it is far more than a wallet. Airbitz technology enables a multifaceted financial tool, an extraordinary implementation on edge security, and a whole new contribution to the Internet of Things. Block26 is excited to empower Airbitz solutions in revolutionizing transaction, authentication and security processes.”

Puey said in the release that “Airbitz is tremendously honored to have Block26 as our partner and lead investor. Their core focus on bitcoin, blockchain, and decentralized technologies is perfectly in line with the DNA of Airbitz founders. Block26 brings incredible experience in building highly tuned team dynamics and they see the value in people, companies, and industries that aren’t afraid to disrupt the status quo. We look forward to building a decentralized world with their passion and support at our side.”

Block26 is more than an investor to Airbitz; it is an integral partner to the wallet company’s swift development, said Airbitz COO Rick “Henry” Chan in the release. “We look forward to closely working with Block26 as partners in building a company that thrives as it grows. Block26’s unique financial model allows for a flexible investment strategy that could provide Airbitz and other portfolio companies with early stage capital, with the capacity to provide bridge funding as well. For these reasons and many more, we greatly look forward to Block26 joining our Board.” 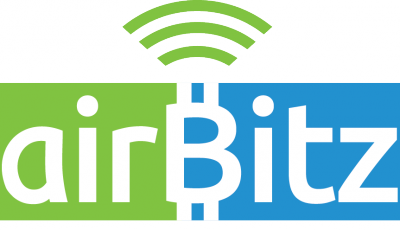