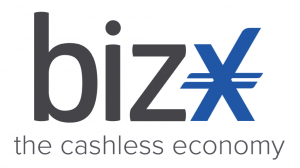 BizX$ has been upgraded to facilitate new means of payment. Businesses can use BizX$ for payments made in person through a payment card, or payments made online through a mobile payment app or on BizX’s website. The company developed Bizx$ using Microsoft’s .NET Framework and built-in APIs for interconnection with global credit card payment networks.

BizX has launched the marketplace in the United States in Seattle and the San Francisco Bay Area. The platform has nearly 4,000 businesses as members that are conducting more than 7,300 monthly transactions, representing more than 6.25 million in goods and services bought using the private currency.

BizX’s marketplace upgrade entails a transition from a closed barter exchange to an open, Internet-based marketplace able to scale to support enterprises US-wide. New marketplace features include a buyer and seller rating system for buyer protection, a new BizX credit capability that can loan BizX$ to qualified businesses, and a Perks by BizX function that allows business owners to reward employees with BizX. The revised e-commerce platform is available at my.bizx.com.

BizX was founded in 2002 by Bob Bagga, Chris Haddawy, and Raj Kapoor with offices in Seattle and Oakland, California. In 2011, the founders re-envisioned their business and saw opportunities with technology and the ability to scale and share their business model worldwide.

In an interview with CoinReport, BizX President and CEO Bob Bagga said the main goal behind his company is to improve the lives and businesses of its members.

“Every day we hear stories of how we have helped our members, from giving them the purchasing power to buy a new marketing campaign, to sending a valued employee or owner on a much needed vacation. It isn’t theoretical, it is real and it happens every day.

“More than 30 percent of the global economy is composed of non-cash transactions – we want to open that up to small businesses and become the world’s largest and most widely accepted private currency.”

Bagga told CoinReport the updated BizX marketplace is the result of three years of development, keeping in place the firm’s focus on helping its community members save cash while improving their business and personal lives.

He said the new e-commerce platform “can be compared to other emerging tools that are part of a significant cashless economy trend, which includes paying with apps, with smartphones, with frequent flyer points and even with Bitcoin. However, all of these transactions eventually involve a cash outlay by the buyer, whereas a BizX transaction involves only a business’ inventory.”

Bagga said the cashless economy is growing right now due to an abundance of new methods to pay for goods and services.

“Smartphone apps and Square make credit debit cards more convenient. Bitcoin makes payments anonymous and confidential. But all of these innovations involve transforming cash into these new payment methods. What’s needed to advance the cashless, sharing economy is a currency that allows labor, services or merchandise as the input. That’s our goal for BizX dollars. We’re starting with B2B transactions, but can see potential for B2C (business to community) and C2C in the future,” said Bagga.

What Exactly Did Coinbase Insure?