We all know bitcoin has been on a surge over the last several months, both in price and popularity (or at least, curiosity). Google has only confirmed this with their latest search data, as more people searched for bitcoin than the Chinese yuan, City A.M. reports. According to the article, interest in the cryptocurrency peaked on November 5th, coinciding with its price peak. Another global currency, the Japanese yen, was also out-searched during the same time frame. After the bitcoin price fall, searches for bitcoin dropped to the same level as the yen.

NewsBTC reports that more people have started researching about growing interest from central banks and governments in bitcoin and blockchain. Recent rulings, including that by the European Court, are in favor of treating bitcoin as a currency.

We took our own look at Google Trends to identify how bitcoin compared to global currencies over the past month. Of course, results matched what City A.M and NewsBTC reported, though we looked at other global currencies as well. Interesting findings include: 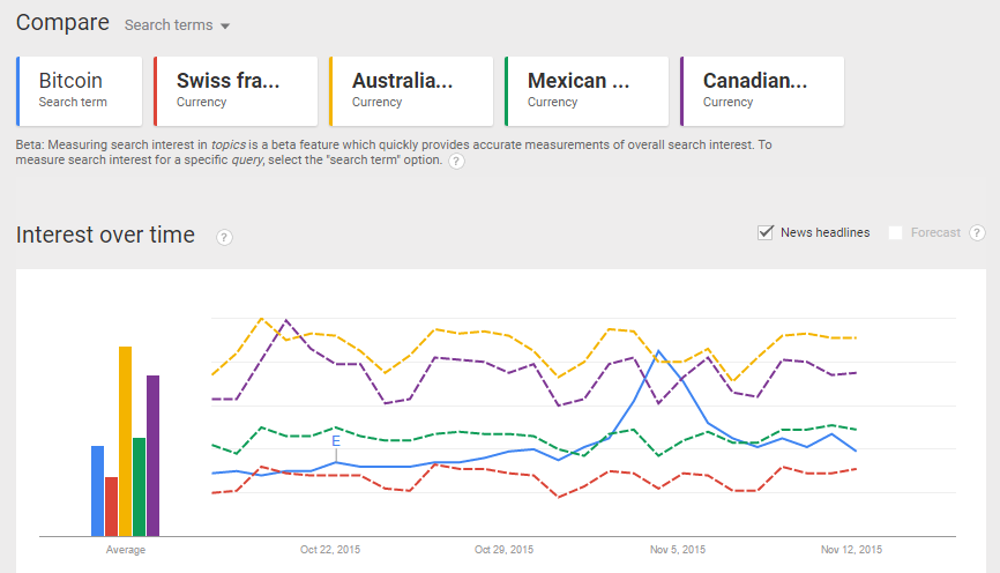 Banks could adopt blockchain technology by next year