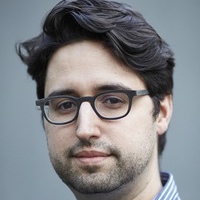 Luzius Meisser, the founder of the Bitcoin Association Switzerland, has released findings of a block size survey he conducted, with responses coming from Reddit users.

Wanting to test the difference in opinions between entrepreneurial and technical mindsets regarding the block size, Meisser supposed that entrepreneurs likely support larger blocks than do those of a technical mindset, and the findings appear to support his hypothesis.

The survey results, published by CryptoCoinsNews, show that out of 269 respondents, 146 preferred a block size between 0.5 MB and unlimited, with most favoring more than 4GB. Meisser believes this is because he received more responses from r/btc readers than from r/bitcoin readers.

“There is a deep divide between readers of the traditional two forums [r/Bitcoin and BitcoinTalk] and readers of /r/btc,” Meisser said.

“This confirms the widespread suspicion that the block-size disagreement is related to what we want Bitcoin to be, although not to the extent I would have expected to see,” said Meisser, as reported by CryptoCoinsNews. “The ‘electronic cash system’ still clearly wins among every group.”

Meisser concluded, “I see the block-size decision as a trade-off between a technical risk (loss of decentralization, hard fork, etc.) and a business risk (missing the window of opportunity for growth). If correct, this would mean that people with higher technical awareness would tend to favor smaller blocks while those with an entrepreneurial background would favor bigger blocks. Anecdotal evidence supports this, with entrepreneurs like Erik Voorhees being a big-blocker, and considerable number of core-devs being small-blockers.”