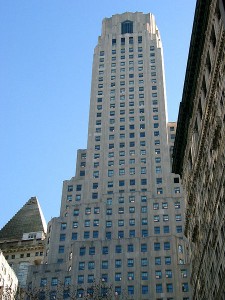 The Wall Street Journal reports that the Bank of New York Mellon is experimenting with Bitcoin, which it considers a possible new way to conduct financial transactions. But the bank is still dealing with the challenges of using the open-source technology, whose decentralized architecture is different from the traditional computer systems business operate today.

“We want to try it out to see the applicability of [Bitcoin] in our businesses,” said BNY Mellon CIO Suresh Kumar to the Wall Street Journal’s CIO Journal blog at a meeting at the bank’s innovation center last week.

The blog reported that despite the potential risks that digital currencies pose to their businesses, banks are intrigued by blockchain technology. The Swiss global financial services firm UBS recently announced plans to open a blockchain research lab in London.

Kumar told CIO Journal that he is curious how the blockchain can be used to make financial transactions more efficient, adding that testing Bitcoin is consistent with the bank’s strategy to explore open-source technologies.

CIO Journal reported that Arun Battu, a senior developer at the BNY Mellon, has spent the last several months using blockchain technology to develop an application using open-source code from Bitcoin.org. Having modified the code to run on the BNY Mellon’s internal network, Battu said his biggest challenge is getting used to the Bitcoin architecture. The bank’s computer systems are largely designed on client-server architecture, in which a central server delegates tasks and provides resources to a network of computers. Operating in a peer-to-peer model, Bitcoin allows shared access to files and peripherals. Battu had to spend several hours getting to know the decentralized Bitcoin architecture. Bank employees will soon be able to test the fruits of his labor.

Kumar told CIO Journal that the BNY Mellon will test Bitcoins, known internally as BK coins, as incentives for the bank’s new corporate recognition program. IT managers with virtual accounts will distribute them to employees as a reward for creating certain software services. BK Coins may be redeemed for perks such as gift cards and vouchers. Kumar may eventually expand the program to allow business managers to reward staff with BK Coins for publishing marketing articles or giving presentations.

“There is a big mindset change that comes with many of these new technologies,” said Kumar. “So if we can find a way to make it tangible, in a controlled environment like our internal employee recognition program, then we have a great opportunity to help our businesses better understand the potential value.”