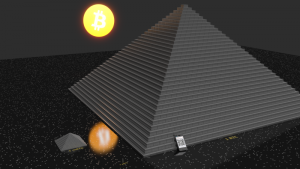 The industry driving bitcoin and blockchain technology is dominated by professional investors offering term sheets; cash up front in exchange for big blocks of equity later on. For technology professionals, this could feel reminiscent of Silicon Valley economics, where flocks of venture capitalists (VCs) competed to invest early in nearly every fledgling tech firm, both successful and not so successful. The rewards can be staggering, but so too is the risk. Because of the risk, VCs and early investors often require significant chunks of equity, a blow to young technologists and inventors who want to reap the benefit of their work. A more recent relationship has helped find a middle ground whereby investors offer workspace, consulting, hardware and infrastructure in return for a smaller cut of new companies. The incubator and accelerator fad is here to stay, and with blockchain in mind, firms are building for the future.

The notion of a company solely dedicated to providing resources to new and unproven companies may throw up red flags for many. The business model is inherently very risky. That’s why most incubators and accelerators are operated by large firms, often an investment and finance oriented entity, capable of absorbing losses. Among the biggest players in the bitcoin and blockchain environment are Coinlab, Chicago Bitcoin Center, and now Synechron. In press releases sent to CoinReport, Synechron catalogued their rapid growth into blockchain-based technology and the support they are offering young firms through their several accelerators.

A financial services firm headquartered in New York, Synechron claims offices and over 7,000 employees in 18 nations. The company decided to invest in blockchain technology due to parallels with their market-building and settlement services offered or supported by the company. In total, there are five “Finlabs” that Synechron operates across the technology landscape; AI, drone, blockchain, fintech and voice recognition technologies are all under development. The movement into blockchain represents an important investment for the bitcoin and blockchain communities, as the growing list of prominent institutions continues to add fuel to the development fire. 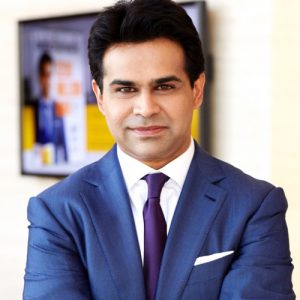 As Synechron CEO Faisal Husain explained, “Financial institutions around the world are searching for innovative solutions to business problems, together with the ability to implement at an enterprise level. We allow our clients to see how they can combine our consulting, technology and digital capabilities to accelerate their business initiatives. This approach has been, and will be, integral to Synechron’s continued success.”

The drive and motivation to effectively monetize blockchain technology will hopefully lead to mainstream outcomes that improve the transparency of the financial sector. While bitcoin has shown resilience while increasing in price, the digital currency may prove to be most valuable as an attention-gaining first foray into blockchain use cases. Firms like Synechron are pushing the blockchain envelope; it will be exciting to see what comes from their endeavors.